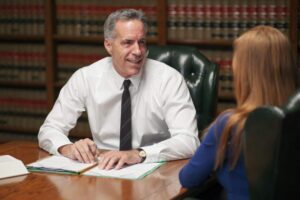 Due to his extensive legal knowledge and professionalism, Mr. Sitkoff was appointed to the judicial bench as a Commissioner of the Los Angeles County Superior Court in the 1994 to 1995 term. Only attorneys with at least 10 years of practice experience can be appointed to this judicial role and given the authority to make binding decisions in legal matters.

If You Have Been Arrested In Los Angeles, Call Now For A Free Consultation

Since 1987, the Los Angeles criminal defense lawyers at Takakjian & Sitkoff, LLP have dedicated their legal practice to defending and preserving the rights of the criminally accused. With over 70 years of combined criminal and DUI trial experience, we are true experts in the area of California criminal law. Call our West Los Angeles office today at (888) 579-4844 for a free case review to learn what your next steps should be and how we can help you. We proudly serve the following Southern California areas:

Criminal Defense and DUI Attorney
Stephen Sitkoff is a partner at Sitkoff & Hanrahan who started his legal career as a deputy district attorney more than 30 years ago prosecuting cases throughout the Los Angeles criminal court system in Southern California.
READ STEPHEN'S FULL BIO