If you have been charged with a theft crimes offense or property crime, it is in your best interests to seek counsel from an experienced criminal defense lawyer you can trust. Both Paul Takakjian and Stephen Sitkoff began their legal careers with the Los Angeles District Attorney’s Office, eventually leaving their positions as senior level prosecutors to dedicate their legal expertise towards the defense of the accused. Their 70 plus years of combined criminal trial experience in Los Angeles and throughout Southern California has provided our firm with unmatched legal expertise and insight into prosecutors’ and law enforcement investigative strategies. We offer free no-obligation consultations to review every detail of your case, free from any pressure to hire us. Please call us now at (888) 579-4844 to schedule an appointment.

Domestic violence cases can invoke aggressive reactions from court officials, but guidelines for bail and possible release under the domestic violence laws must still be followed. Our experienced attorneys will ensure that your legal rights are respected and preserved throughout this process. 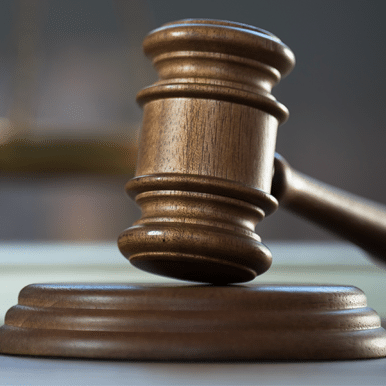 What Are Theft And Property Crimes?

Theft offenses are a class of crimes committed against another’s property.
Specifically, theft is defined as the willful act of taking another’s property without consent and with the intent to permanently deprive the owner of the property. Theft crimes encompass a broad range of charges that include infractions, misdemeanors, and felonies, each with the severity of the penalties and consequences directly tied to the amount of the theft, your prior record, and the circumstances of the crime. Property crimes also include criminal acts which do not involve the theft. For example, PC 496 – Receiving Stolen Property and PC 594 – Vandalism are property crimes which do not require the prosecutor to prove that you committed a theft. As with theft crimes, property crimes can range in seriousness based on a combination of your prior criminal record, the value of the property or cost for repair, and case circumstances.

Shoplifting is a criminal act defined by California Penal Code (PC) statute 459.5(a)  as entering a commercial establishment (retail store) during normal business hours with the intent to commit theft, where the amount does not exceed $950. Prior to the passage of Prop. 47, an accusation of shoplifting with prior intent would have resulted in you being arrested and charged with PC 459 – Commercial Burglary or 2nd degree burglary, regardless of the value of the stolen items. Shoplifting is a typically prosecuted as a misdemeanor if it is your 1st offense theft crime, however, it can be elevated to a felony level charge if you have a prior criminal record of theft crimes, along with prior serious felony convictions and/or you are a registered sex offender under PC 290. Misdemeanor shoplifting carries the following potential penalties:

PC 484(a) defines petty theft as stealing or defrauding (with intent to permanently deprive) another of his/her property, labor, or money, where the value does not exceed $950. It is important to note (unlike in years past) that although California’s petty theft statute closely resembles PC 459.5 – Shoplifting, you can not be charged with both if the charges arise out of a single act. Essentially, petty thefts are thefts under $950, NOT involving commercial establishments during normal business hours. Commonly prosecuted as a misdemeanor (unless aggravating circumstances exist), petty theft crimes carry the following potential penalties:

PC 487(a) defines grand theft the unlawful taking or stealing of another’s property, labor, or money, where the value exceeds $950. A more serious offense than shoplifting and petty theft, grand theft is a “wobbler” offense and carries harsher potential sentencing terms, which are further enhanced if the offense is prosecuted as a felony and you possess a prior criminal record. As with all theft crimes, penalties and charge levels are influenced by the circumstances in your case such as your prior criminal record and the amount of the theft. The following are potential penalties you face if convicted of grand theft:

More: Difference between Joyriding and GTA

Under PC 459, any theft committed with prior intent is considered burglary. Burglary is divided into 2 separate categories: 1st and 2nd degree. The more serious category of 1st degree, also referred to as “Residential Burglary”involves “breaking and entering” into a residential structure or dwelling designed for inhabitance with the intent to commit a felony. The inhabitants need not be present for the crime of 1st degree burglary to take place. Therefore, a burglary committed in a home while the inhabitants are away would still constitute an act of burglary in the 1st degree. While still serious, but less so than 1st degree, 2nd degree burglary or “Commercial Burglary,”as the crime is often referred to, encompasses all other forms of burglary not involving the unlawful entry into a residential structure or dwelling. An example of 2nd degree burglary is breaking into a car to steal a laptop from the seat or radio. Although 2nd degree burglary is considered a lesser offense, it also considered a “wobbler” offense, meaning the offense can be elevated to a felony, which would further increase your sentencing exposure if convicted. Alternatively, 2nd degree burglary’s “wobbler” distinction also makes it eligible to be reduced to or prosecuted as a misdemeanor. This option is not available to you if you are charged with 1st degree burglary, for it is considered a “straight felony” and “strikeable” under California’s 3 Strikes Law.The penalties for 1st and 2nd degree can vary depending on the circumstances of your case and your prior criminal record. The following are some of the potential penalties you face:

Theft committed against a business by its employee is defined by PC 503 – Embezzlement as the fraudulent appropriation of property by a person whom it has been entrusted. As a result of the breach of trust involved in this form of a theft charge, the immediate consequences can be severe in that you will likely have your employment terminated immediately. As with all theft and property crimes, the potential outcomes are heavily influenced by your prior criminal history (theft related priors to be specific) and the amount embezzled. Furthermore, the crime of embezzlement is considered a “wobbler” offense, making the charge eligible to be prosecuted as either a felony or misdemeanor. Therefore, you can be arrested and prosecuted with a felony embezzlement if you are accused of stealing or misappropriating a high dollar amount and especially if you have a prior criminal record of theft. The following are some of the penalties you face if convicted of embezzlement:

Exceptional Results for Our Clients

During the critical moments following your arrest and throughout your criminal court proceedings, you

need an experienced Los Angeles criminal attorney on your side.

We recognize there are thousands of criminal defense lawyers and law firms to choose from, however, there are very few who can match the experience and expertise we bring to every case we are entrusted to defend. Our 7 plus decades of combined criminal trial experience as former senior prosecutors and now criminal defense experts has provided us with a rare insight into every possible option available to protect you from incarceration and keep your criminal record free from theft crime related convictions.

Our attorney-client relationships are built on trust and the understanding that we will do whatever it takes to obtain the best outcomes possible for our clients. If you have been arrested for theft crimes in Los Angeles County or anywhere else in Southern California, please feel free to contact us at (888) 579-4844 for your free no-obligation consultation at our main office in West Los Angeles. We are available 24/7 with additional offices conveniently located in Long Beach, Torrance, Pasadena, West Covina, Glendale, Orange, Newport Beach, Westlake Village, Oxnard, and Rancho Cucamonga.